Inspired by the painting “Napoleon crossing the Alps” 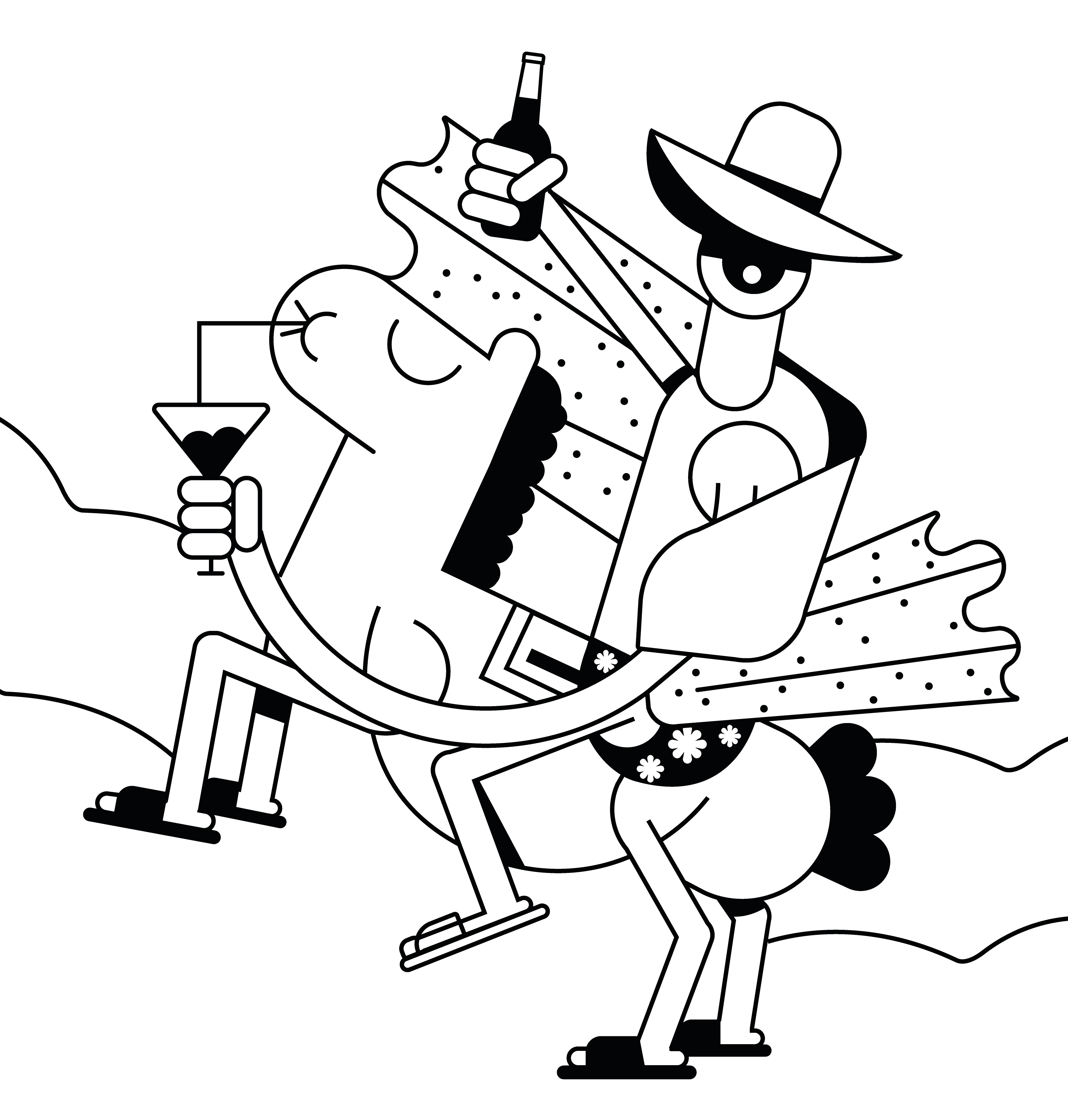 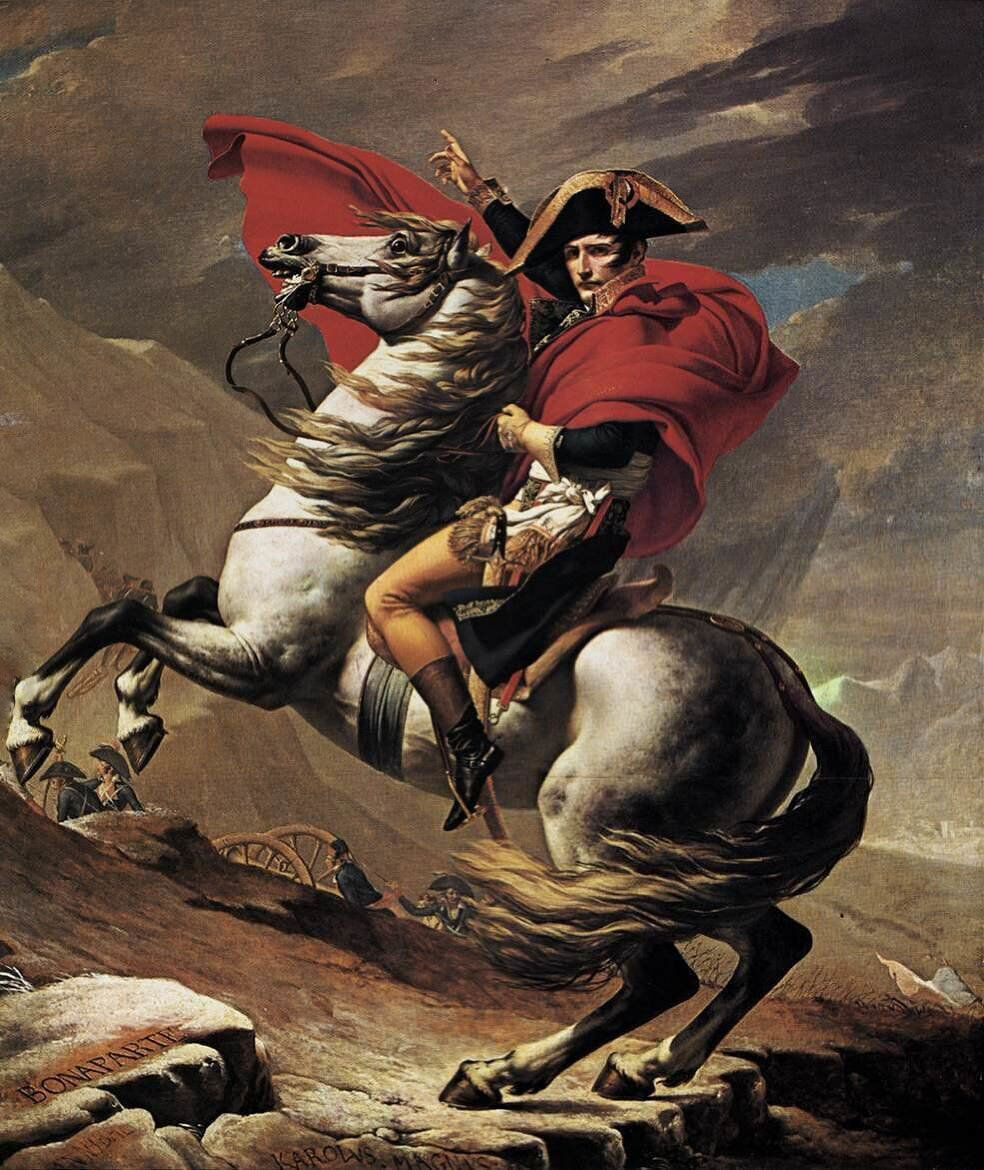 The famous painting of "Napoleon crossing the Alps" on his way to launch an attack against Austria. Neoclassical painter Jacques-Louis David at one time had been Napoleon’s personal artist and had dedicated most of his life to history and political painting. Often, his portrayal of his subjects was greatly idealized, sometimes contrary to reality. In this case, Napoleon was surrounded by his enemies, but was saved by his generals, who defied the original battle plan in order to do so, something which had reportedly happened in many of their other battles.

In our version of the painting, we see Napoleon in somewhat sarcastic light, as he enjoys a carefree ride on his favorite horse which seems to be partaking in the fun. We consider a joyful moment in times of peace more worthy of depiction than a victorious one in war. Cheers!