Inspired by the painting “The Sleeping Gypsy” 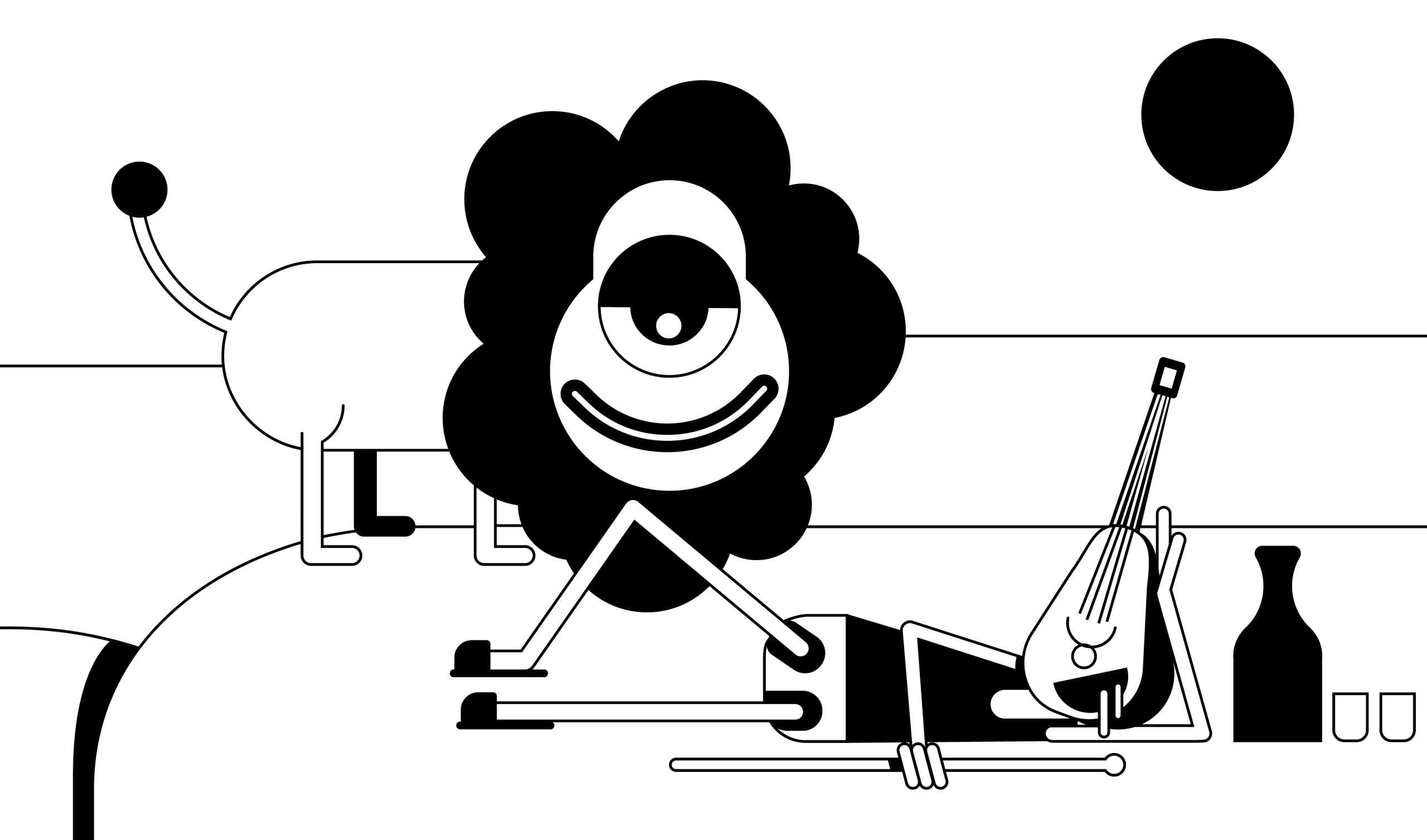 The famous Henri Rousseau painting “The Sleeping Gypsy”, depicts a woman sleeping peacefully in a dreamlike scenery. 19th century French artists had a specific image in mind for those populations from Romania to Egypt, about both their physical characteristics, and their bohemian, more relaxed lifestyle. Next to her she has placed a mandolin and a jug of water, while a lion, appearing calm and non-threatening, hovers over her.

In our version of the painting, the human element has become one with the instrument which has lulled the figure into a deep sleep, unaware of the fact that a wild animal is lurking around. The animal watches us inquisitively, completely at home in the modern environment we’ve placed it, creating an allegory for Rousseau’s artistry, which is said to have greatly influenced contemporary artists of the 20th century like Kandinsky, Picasso, and Frida Kahlo.