Inspired by the painting “The Cardsharps” 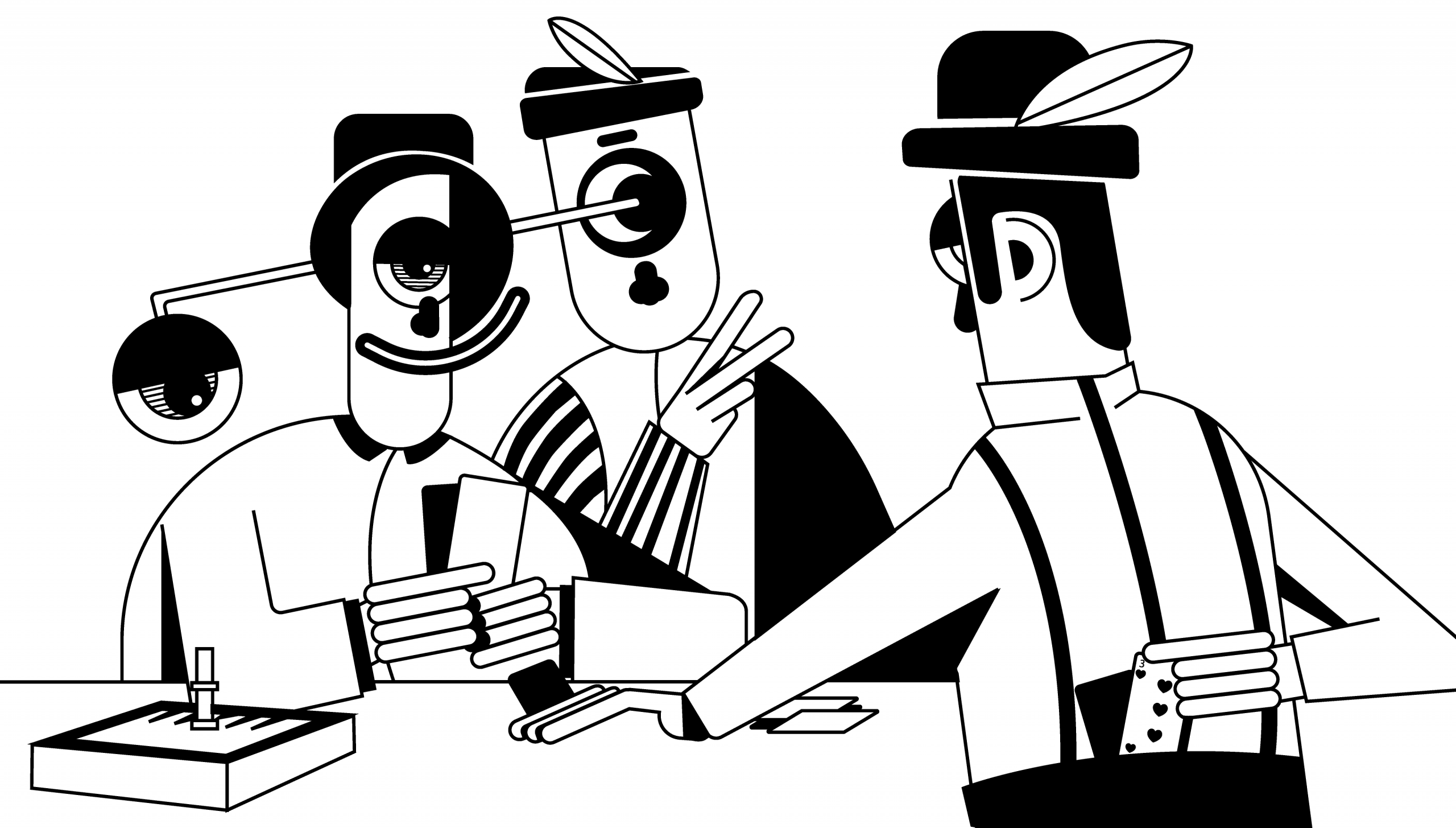 The celebrated Caravaggio painting "The Cardsharps" is one of the most detailed, realistic artworks of the 16th century. Two boys are playing cards, with one of them, being signaled by a third boy, cheating by hiding a card behind his back. The use of teenage boys in a scene of deception works as a visual representation of innocence lost.

In our version of the piece, the youngest figure appears to be the only one smiling, while surrounded by deception. The huge sneaky eye becomes a devious tool focusing on the cards of the young boy. A victory sign symbolizes the two older men’s confidence, as they essentially lead the young boy down a path of corruption. As the well known slang quote says, "Real Eyes, Realize, Real Lies".