Inspired by the painting “Nighthawks” 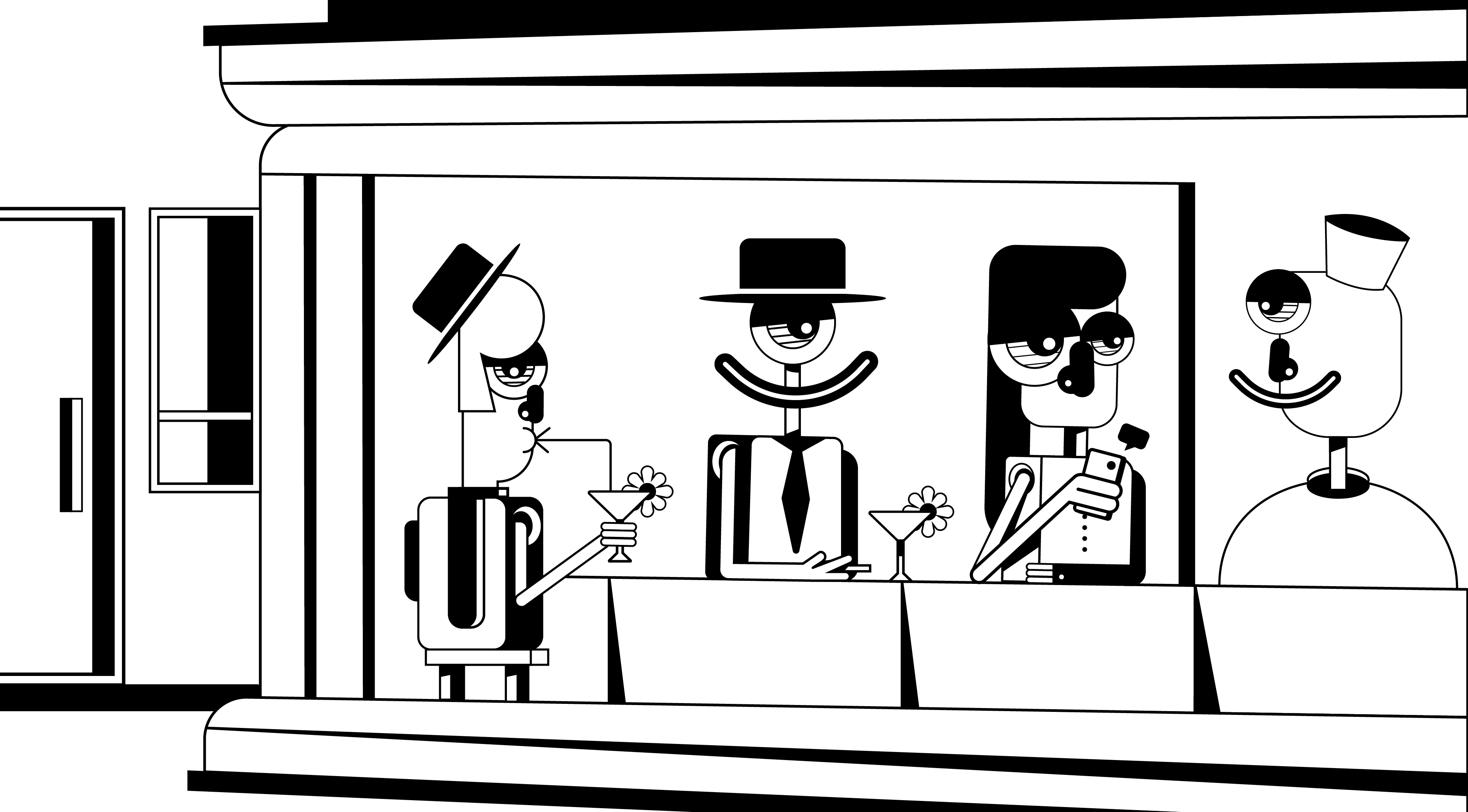 The famous bar-restaurant where two streets on New York’s Greenwich Avenue is the "Nighthawks" acclaimed painting. There we observe four people at both a physical and emotional distance to each other. Speaking on the painting, Hopper commented that he may have unconsciously depicted the loneliness of living in a large city.

Our version also tries to approach the feeling of city nightlife we experience in the 21st century. In our artwork the distance between the subjects and the observer is not that obvious, because all of them seem to make eye contact with each other. Although, as a nod to modern living, closer to our lifestyle, we tried to give a different dimension to social distance, depicting the girl checking her smartphone and texting while she is out for a drink with friends.