Inspired by the painting “The Swing” 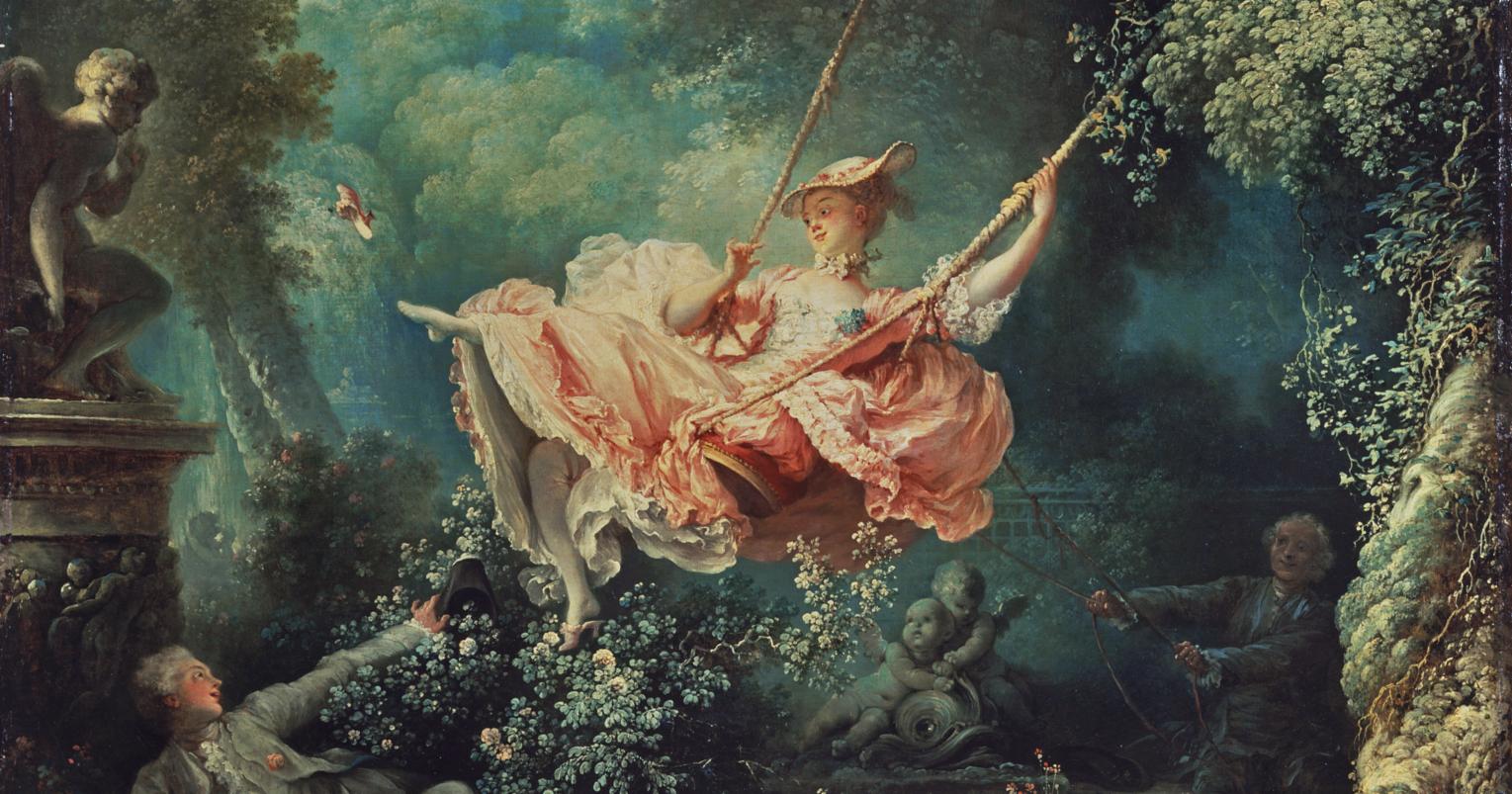 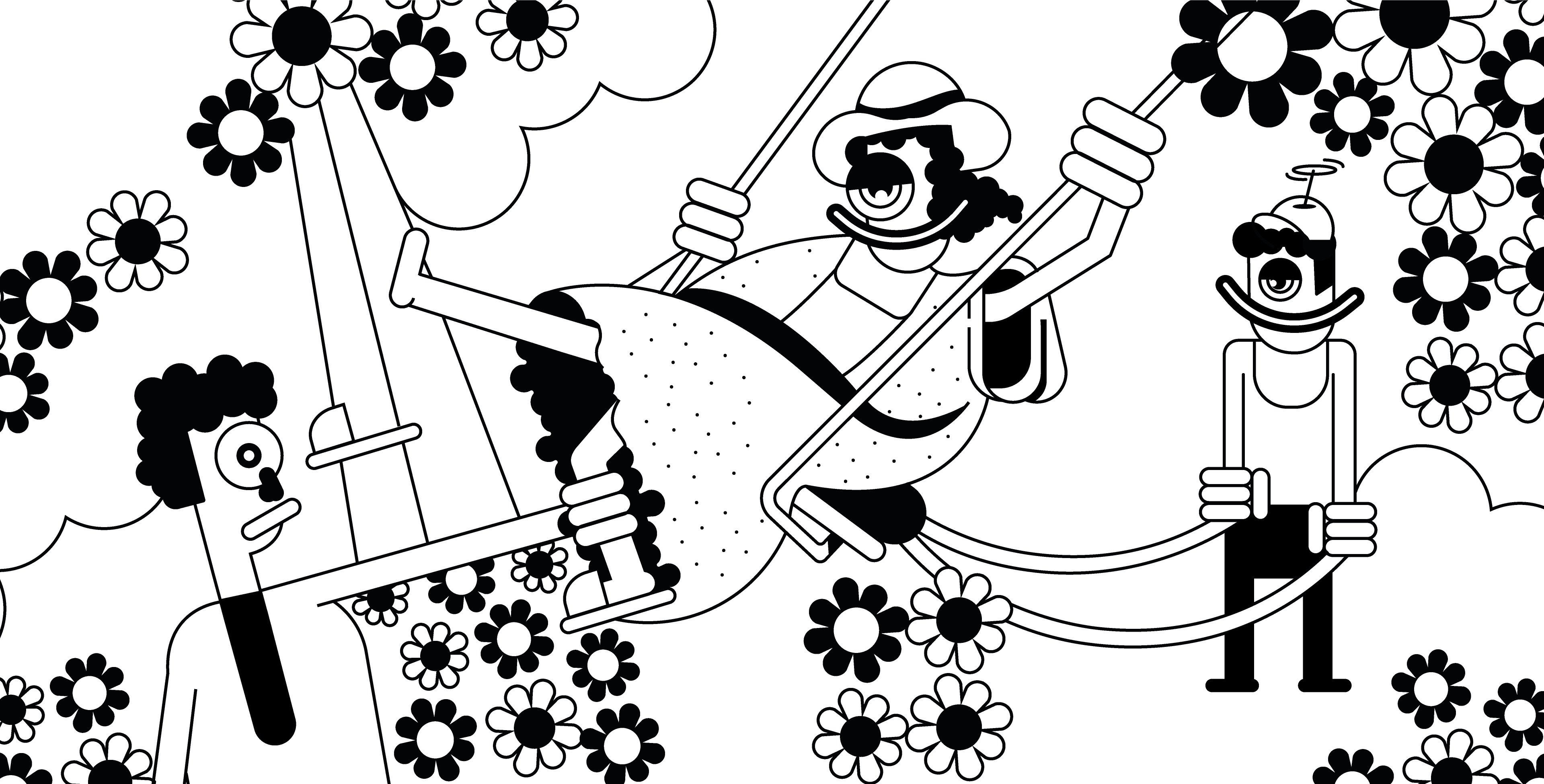 A magical painting by Jean-Honore Fragonard, "The Swing" features an elegant girl in a voluminous dress sitting on a swing. Every element is centered towards her. A man is seen smiling while staring from a vantage point that allows him to see up her dress, which he points out with his hand. Spontaneity, as depicted here, became a point of contention amongst Renaissance philosophers, who believed that art should only highlight man’s noble side.

In our version of the painting, we see the girl on the swing and the sneaky man who was ogling her inappropriately, now trying to pull her leg. She appears to throw a slipper at him, in a moment of spontaneity that is no longer judged negatively in art. There is also a man behind her, pushing her on the swing, so blinded by love he seems oblivious to the other man’s presence.