Inspired by the painting “The Bedroom in Arles” 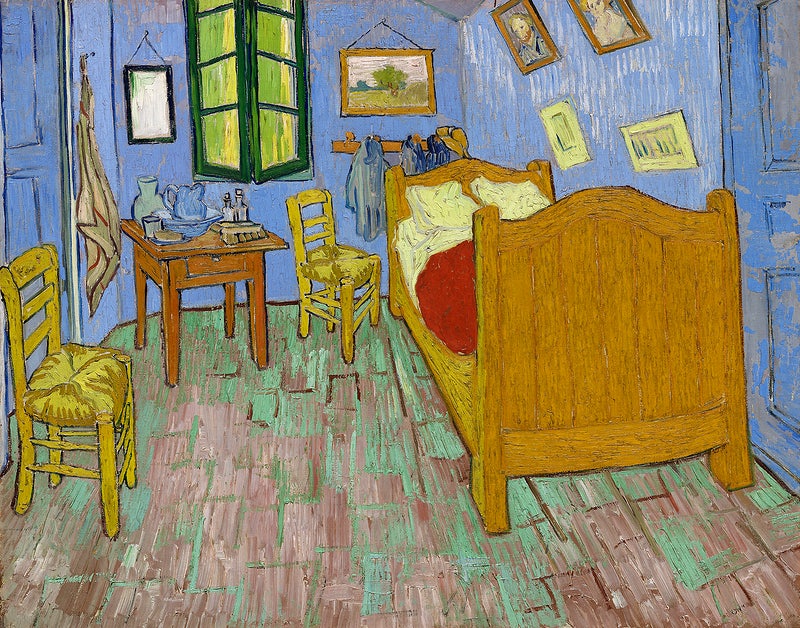 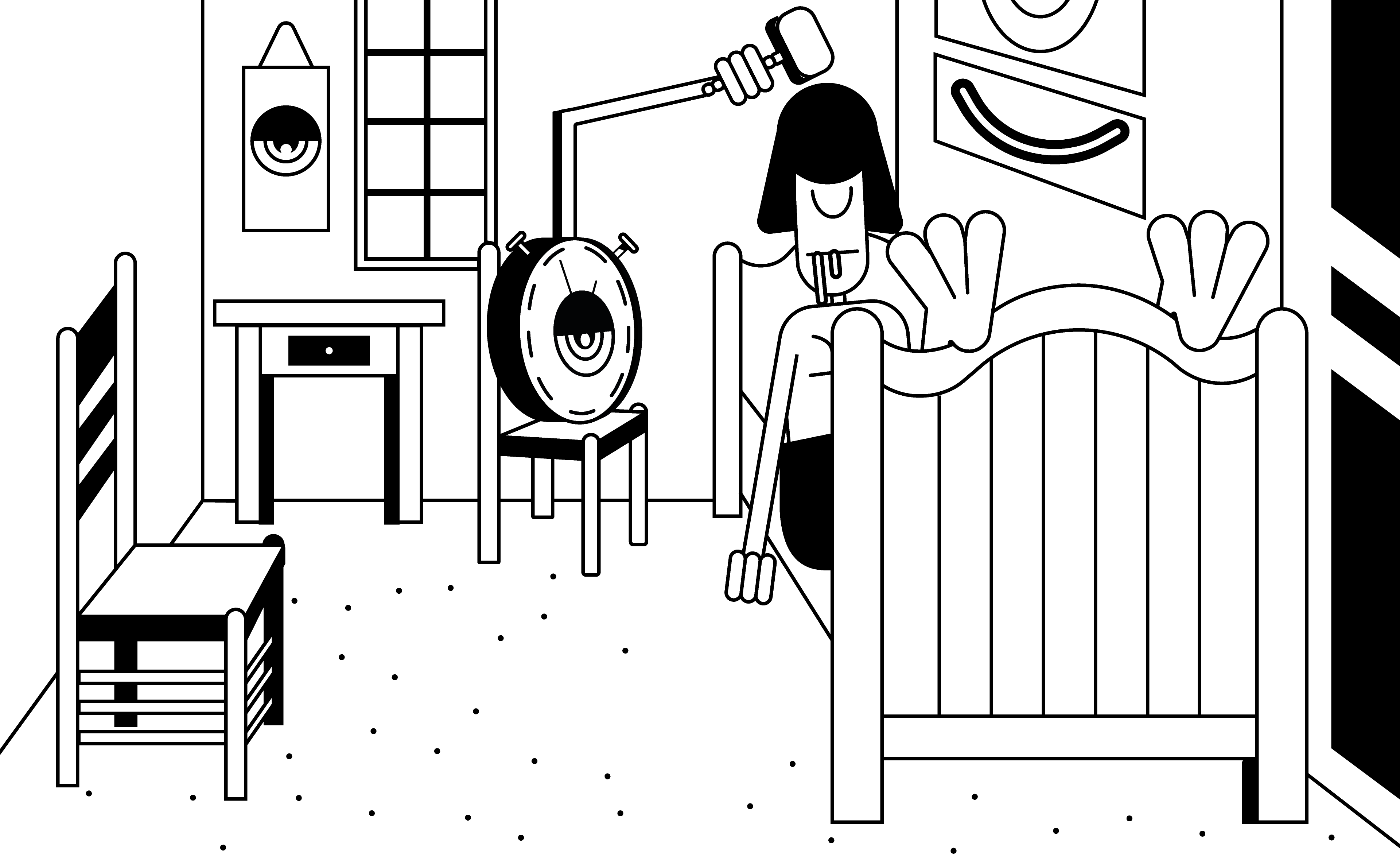 Vincent Van Gogh created three identical paintings of his bedroom in Arles. As he explained in a letter to his brother, he was excited by the serene feelings the room inspired and wanted to recreate them through different colour combinations. Influenced by Japanese living and art, he also wanted to express the simplicity and calmness of the room as he interpreted it. In reality, it probably wouldn’t have been considered that simple or relaxing by the Japanese, as Van Gogh would have hoped.

With our version we wanted to express this peacefulness through all the different elements. Eyes half-shut, a man in a deep sleep, and an alarm clock about to disrupt the calm. In the original piece there are two figures seen in the wall art, one of which is a self-portrait of Van Gogh himself, both facing the bed as if there is a presence there, which is why we added the sleeping character.