Inspired by the painting “The Clothed/Naked Maja” 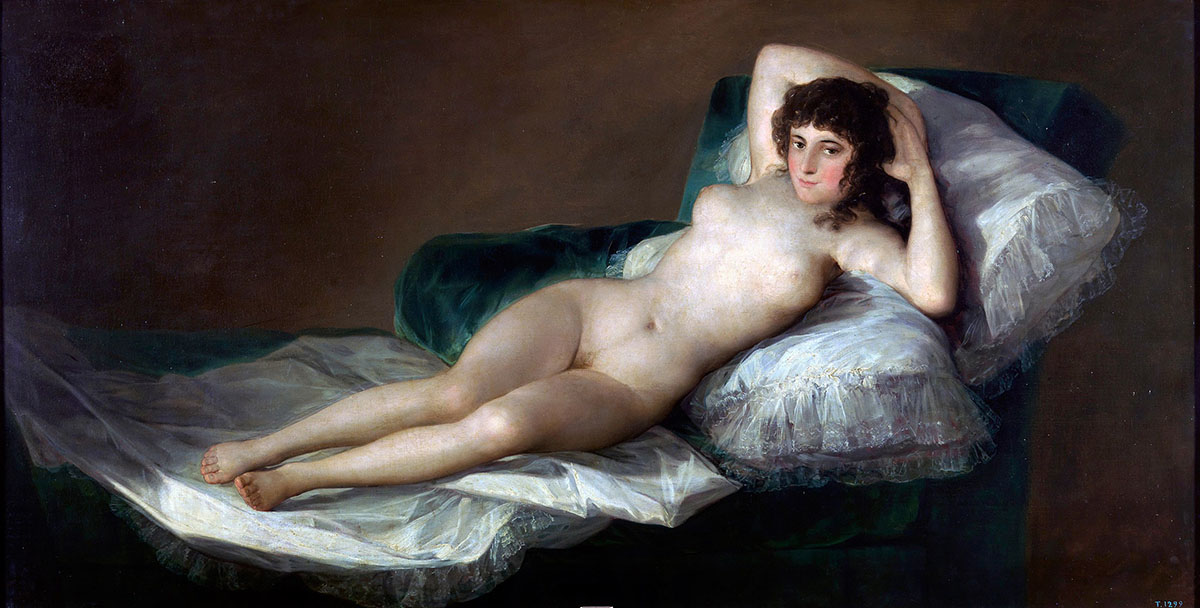 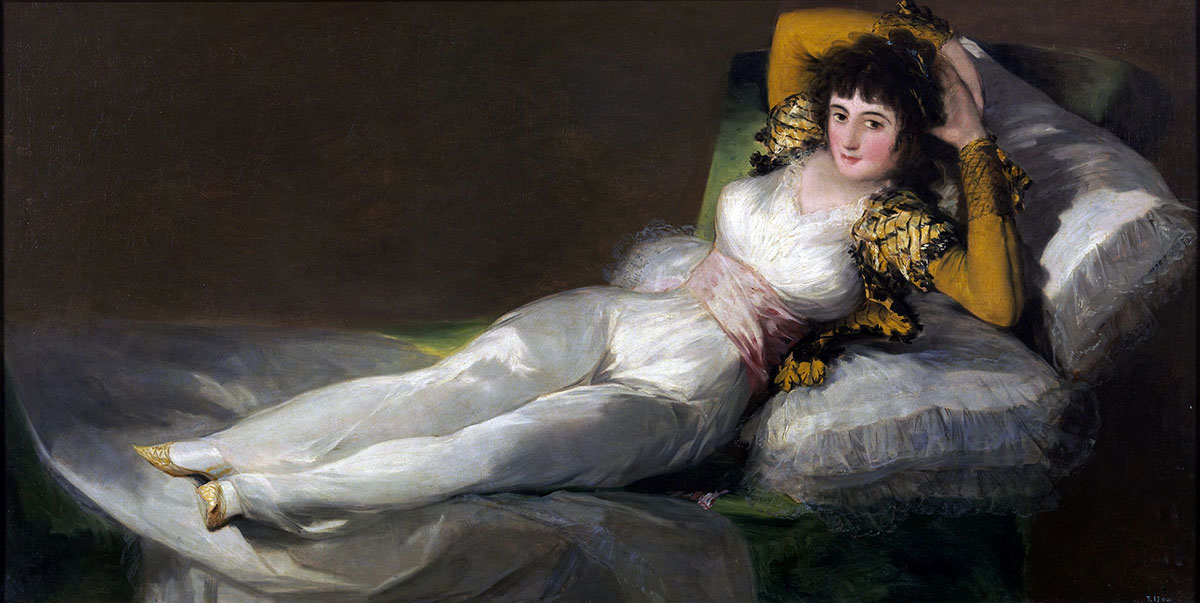 "The Naked Maja" and "The Clothed Maja" are a duo of oil paintings by Francisco Goya, featuring the same woman lying in an armchair, in one version wearing clothes and in the other being nude. Maja/Majo was a term used in the 18th and 19th century to describe women and men of lower social classes, who used to dress in a unique way, and had vibrant personalities and lifestyles. These people inspired many artists, and their costumes also influenced the aesthetic of flamenco dancers in the 20th century.

Our version of the artwork sees Maja casually lounging, blowing bubbles, half-naked and half-dressed combing the two paintings. As a result, we see a maja relaxed, completely comfortable with her female body, owning all aspects of her personality. She is in motion and doesn’t stand for someone to draw her. Her outfit is in a happy, vintage style, much like the eclectic style of the maja/majo of the 19th century.